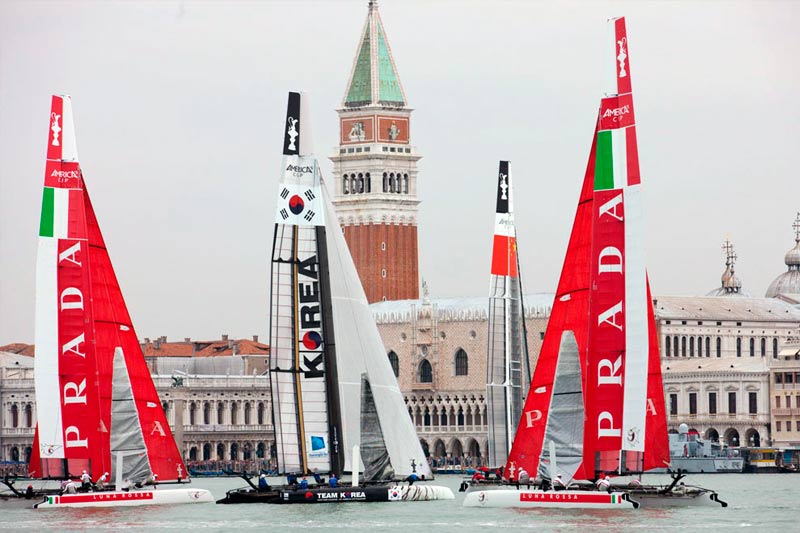 VIP Hospitality at the penultimate race of the inaugural World Series AC.

The new race format includes a mix of speed tests, one on one match race and fleet race with identical AC45 on the line. The AC45 wing sail catamarans are the ancestors of the next generation of boats for the America’s Cup and is the official boat of the AC World Series. Although they are capable of reaching speeds of over 50 km / h, the AC45 are agile enough to maneuver in a narrow field and tactical racing.

The race course includes viewers access to numerous points along the coast, including the team bases in the Venetian Arsenal.

Grand Canal in Venice and as a backdrop, the Doge’s Palace and St. Mark’s Square.
The races were played alternately on two race courses, one in the open sea off San Nicolo del Lido (the racecourse Lido), and the other in the lagoon (the race course San Marco), between the island of Lido , the basin of San Marco and Punta della Dogana.